The Disappointing Misrepresentation of Visionaries Steve Jobs and Jeff Bezos 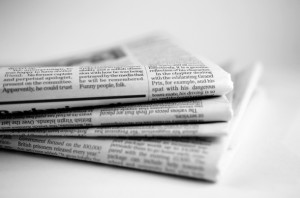 Are journalists really worthy biographers, or do they think that controversy sells books just like it sells “news”?

Brad Stone’s The Everything Store emphasized conflicts, mistakes and perceived personality flaws of Jeff Bezos (CEO and founder of Amazon) rather than his vision and the tremendous value he has created. Both The Everything Store and the Steve Jobs biography had this in common and, as such, were a disappointment to me.

Interestingly, both books start out with a description of how brilliant each of the subjects appear to be when they were young. But, similar to a disingenuous conversation, you could say Jobs and Bezos were set up for a sucker punch as the positive words are then followed by how mean, ruthless and self-interested both Bezos and Jobs were, to a greater or lesser degree.

It is amazing, in the case of The Everything Store, how the author interviewed over 300 people to support a view that he believed would sell books. Walter Isaacson, former editor of Time Magazine, accomplished the same thing with Jobs. In the case of the latter, by the time one was half way through the book, his depiction of Steve Jobs would have you believe that you had to be crazy and mean to succeed, plus wear a black mock turtleneck.

I have two friends, both now passed, who worked with Steve. Both characterized him as brilliant and collaborative to paraphrase. Neither saw the “dark” Steve Jobs that was “factually” described in the book.

It was a disappointment, to say the least, that Isaacson took this approach to make his book sell. In the case of The Everything Store, much of the story has now been refuted by his wife MacKenzie in her 900+ word one-star review of the book on Amazon wherein she says, “Everywhere I can fact check from personal knowledge, I find way too many inaccuracies, and unfortunately that casts doubt over every episode in the book.”

Let’s hope in the future that the bias of journalists is transcended with an emphasis on the greatness that is manifested in the individual accomplishments of both Steve Jobs and Jeff Bezos, despite all odds. That is a story I would really like to read in an unadulterated version.