Last night was the final match of the U.S. Open, Rafael Nadal vs. Novak Djokovic. Both are ridiculously talented players who can pound the ball with unimaginable accuracy—compared to when I taught tennis in the ‘70s. 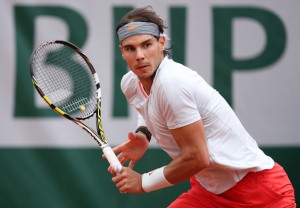 As I watched the third set, commentator John McEnroe pointed out that Djokovic had 40 “unforced errors” (a mistake made on an easy shot by a competitor) versus Nadal’s 15. After that stat was exposed, betting on the winner was a no-brainer. The number of unforced errors is the difference between winning and losing in tennis and just about anything else, including investing and business.

Put another way, consistency despite increasingly competitive and pressurized circumstances—whether in tennis, investing or business—is the intersection of success.

It isn’t that one can play patty cake and still win. It does mean that despite all odds keeping the ball in play separates the winners from the losers, as Nick Carter, Northern California’s greatest junior coach in the 1960s, told all his students. In other words, if you are consistent, the opponent will give you the match.

Unforced Errors in Tennis and Business

What is an “unforced error” in business? Coca-Cola’s “new Coke,” Starbucks serving hot food or Cadillac selling a compact car! It’s trying to be all things to all people; “one-stop shopping” for financial services, product line extensions for consumer brands or assuming brand recognition equals brand omnipotence as Richard Branson does with the “Virgin” brand. How can any business be a “virgin” if it’s been in every industry’s bed?

Tennis is much tougher today with all the spin and speed, the fitness and focus as well as the precision and persistence of the great players who compete at levels not even dreamed of in the prior millennium. But the enduring difference between losing and winning stands out with the stat which undoubtedly decides the match: unforced errors.

In over 30 years of investing, the companies I did well with did not commit as many unforced errors AFTER I bought them as the competition and, of course, neither did I. The stocks I shorted (betting the stock would go down), worked most often as we specialized in finding companies with serious unforced errors.

The business and investing worlds are more competitive than ever. As is tennis, and so keeping one’s calm, confidence and precision while facing more skillful opponents than previously thought possible is also more critical if one is to succeed in the least!

The poster child for consistency in an ever-evolving world is Berkshire Hathaway. The company’s CEO and Chairman Warren Buffett focuses on the consistent, durable and resilient companies who innovate when appropriate and called for as well. Innovating without a firm foundation is like trying to ride a bike without wheels. The handlebars don’t move the bike, they just allow the cyclist to steer it so it can get to where it is intended to go.

Before the finals were over, Rafael Nadal continued to widen his lead as Djokovic had 49 unforced errors vs. Nadal’s mere 15. It’s no surprise he won in 4 sets. Consistency is key!

2 thoughts on “A Lesson in Business from Rafael Nadal”