I don’t find early childhood stories about anybody—even my personal heroes—all that interesting; but I do find some of the life lessons they learned from parents, mentors, friends and life itself both insightful and valuable.

My parents were interesting, and sort of polar opposites. I won’t get into their whole story but I did learn a few very important things from them on points about which they did have strong agreement that I apply today. My parents were “liberal” which, in those days, meant they believed in civil rights, respecting the religious beliefs of others and human rights.

Today the conservative vs. liberal argument is 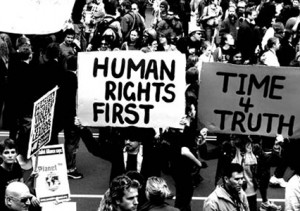 more economic, as many of the principles we discussed at the dinner table are now generally accepted. For example, President John F. Kennedy cut taxes and government spending, and he confronted Cuba with the missile crisis. Today these things would be decidedly conservative yet he was considered a liberal because he believed in civil rights. (At least that is how I recall it.)

While my parents were not devout Jews they were proud of their Jewish heritage and most importantly taught us the history of religious hatred and intolerance. As a result, I have friends of all races, religions and creeds, and my closest friends are those who share similar values. I am grateful to my parents for these invaluable lessons in human rights and tolerance, as I refer to them every day in my interactions with all people.