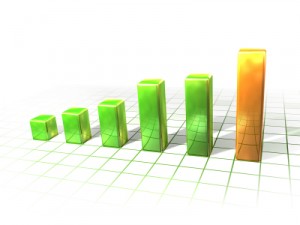 In many years of following the markets, economy and individual companies I have noted that biases tend to guide forecasting. For example, if someone feels strongly that having a gold-based currency system is their idea of “sound money,” they will forecast higher inflation at the first sign of money printing.

Likewise, if an individual is a believer in the theories of John Maynard Keynes—the other side of the coin from the hard money crowd—they will push for deficit spending and lower interest rates at the first sign of weakness in the economy.

There are other biased-based forecasting “systems” such as libertarians who believe market forces will ultimately be the best determinant of economic prosperity. (Libertarians also tend to be gold bugs but not necessarily because the two have as much in common as they think.) And then there are a few who believe the economy itself is the best prognosticator of the future economy and so they study all the stats and try to determine which ones are reliable indicators and what degree of importance each should be given. Those people are called economists, bearers of a two-handed profession. (Economists have an opinion on the one hand, but on the other hand they could be wrong.)

When it comes to economic forecasting, there are lots of belief systems on the menu—it’s a bit like going to Cheesecake Factory. Oddly enough, the conversation is rarely based on how the economy works. To be specific, what:

This video by Ray Dalio, Co-Founder of Bridgewater Associates—one of the largest and best performing hedge funds of all time—explains the economy in easily understood terms that allows the everyone from non-professionals to the experienced money managers, to get a grasp on the economy.

I’ve watched it several times, as I appreciate the power of simplicity applied to a seemingly very complex subject. I hope you like it as much as I do!