Marketing is my avocation. It reminds me of basketball when I was growing up–it was my best sport, but not the one I competed in. What was I thinking?

I became interested in marketing around 1974, when I read the book Positioning the Battle for Your Mind, by Al Ries and Jack Trout. One of the examples in the book was the car rental company, Avis. They chose to use their number two position in the car rental market as an advantage by incorporating the tag line, “We try harder.” Absolutely brilliant. I went to Avis instead of Hertz because I “knew” they would have better customer service. Really?

Well, at the time I had a tennis shop and taught tennis – no joke! I sold very expensive designer tennis apparel:

So after reading Positioning, I got this brilliant idea: I positioned my shop, The Better Backhand, in newspaper ads with my 3-year-old daughter, Katie (being incredibly cute with her beautiful curls) and a Rolls-Royce telling people why her daddy had the best of the best. Everyone got that message!

Al Ries is now partnered with his daughter, Laura, as “Focus Consultants.” They own the word “Focus” in marketing and business strategy as no one has done a better job of defining, explaining and focusing on “focus.” They have written several profound yet readable and entertaining books, including but not limited to: 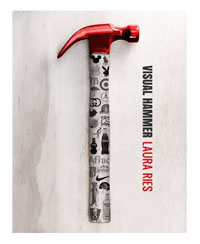 I have literally read all of Al’s plus Jack Trout’s (his former partner) books up to 5 times each.

Others I respect today are David Brier, Jay Berkowitz (CEO of Ten Golden Rules) and Matthew Scott (Creative Director at FEED the Agency); more on these later because once you have your focus, you have to know how to get the word out – particularly in the digital age.

3 thoughts on “What I Learned About Marketing From Al Ries”